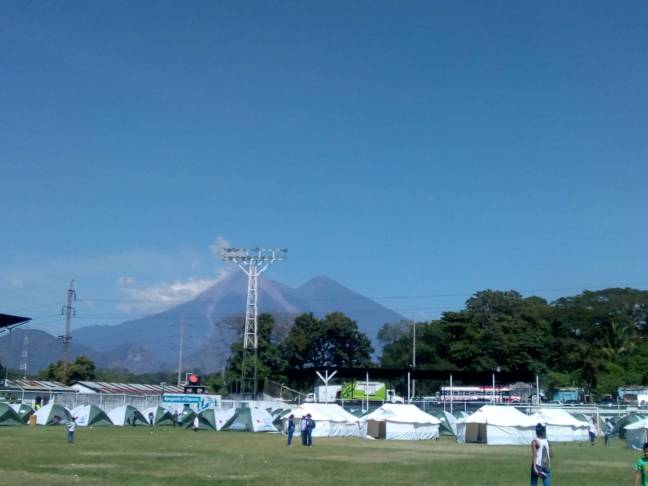 Vamos Adelante has decided to give out special, full scholarships for the 2019 school year to Fuego victims, particularly the older students who cannot afford to pay the high costs.

We recently donated 144 solar lamps to the people from the village La Trinidad, who recently have been moved to the area of La Industria. Many of their temporary houses are still lacking electricity. We just purchased another 400 solar lamps last week to distribute soon. They lamps are great and can last up to 36 hours on low mode. Cell phones can also be charged on them, which is very important during a possible emergency, but also excellent to have on a daily basis as the electricity often fails in the villages. The lamps can be hand carried, hung in the house or they can stand on table since they have bases. Immediately following the June 2018 eruption, Vamos Adelante donated many of these to the surviving victims in “Zona Cero”. This particular model we’re distributing is very sturdy, easy to use and charge, and we have had excellent experience with it so far. Affected families have urged us to please donate more of these lamps. When evacuations take place at night, the lamps have proven to be enormously helpful. Also, during a strong eruption, even during daylight hours, it becomes very dark due to ash and debris coming from the crater. They are also helpful in the shelters since lack of electricity in the shelters was big problem after the disaster in June 2018.

The volcano Fuego calmed down somewhat for about two weeks in December, but is now rather active and makes sounds we are not very familiar with. Lava flow comes all the way down the sides on certain days, but when it is not raining it cools down and the lava stays about half way down the mountain. We feel and see ash regularly. The crater, according to the news, is filled to the top with lava. The work on the major highway continues and it has been open.

An early warning system for quick evacuation has been donated, was installed and is now activated in La Reina, close to El Rodeo. Supposedly 26 more systems will be donated to the surrounding villages.

The Latest on the Eruption Recovery Effort

The housing situation for the people from  “Zona Cero”, San Miguel Los Lotes and El Barrio, the two villages, which were declared as not livable any longer is slowly improving for many. They are presently living in temporary houses provided by the government in a central area of Escuintla and received food 3 times a day until December 31, 2018.  Most receive Q 3500 monthly, which is about US $ 470 for ten months to sustain themselves.

A group from Los Lotes initially rejected the permanent houses and land, which the government has in mind donating to them, claiming the area is too small, 7m x 11.50m = 2 bedrooms,1 living room, a small patio and area to park a car. The construction materials have been improved much compared to the first draft and the house will be built sufficiently strong to eventually support a second floor. The Los Lotes committee suggested to give each family the money estimated for the land and construction instead, which was rejected by the governor. As a matter of fact he stopped the construction and all machinery was removed. Negotiations continued and now Los Lotes has accepted the house design but will have to wait for their turn until the El Barrio houses are complete.

The families from El Barrio  have a separate committee representing them and they went to the capital approving the houses and land planned to be given to them:

Phase 1: 60 houses are now being built and will be completed in about 6 months (estimated: June 2019)
Phase 2: the construction of about another 60 houses will then follow.

Private organizations, churches, individuals are building houses in different locations and Israel donated a big amount for the same purpose, all being donated to Fuego victims. 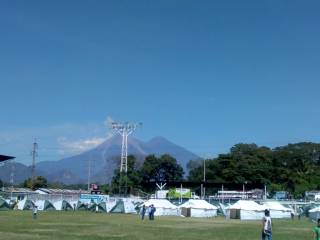 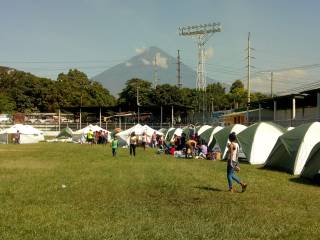