Vamos Adelante opened up its base in Zapote on November 5th and resumed normal activity! We continue to offer a hot meal up in Ceylan for ~ 150 very poor people as the rainy season continues to be hard and much ash comes down. For the same reason, we are not giving vacation classes in Ceylan, which we normally hold in November and December.

Vamos Adelante will offer plenty more scholarship for the coming year as we suddenly received many more applications, which we assumed was going to happen. Many fathers lost their jobs during the last months and cannot afford to send their children to school any longer.

The Latest on the Eruption Recovery Effort

Now just about all (a few are staying with friends or family) of the affected people from San Miguel Los Lotes and El Barrio have been moved from the initial shelters to temporary wooden homes on a big piece of land called La Industria, located very centrally in the town of Escuintla. The land belongs to the municipality and will also be used for the future permanent homes. We visit the families frequently and most are content and grateful with their new living situation.

The temporary school there has 25 airy and bright classrooms, which creates a safe ambiance for the children and young adults. Of course, Escuintla is much hotter than San Miguel Los Lotes & El Barrio, but most have gotten used to it. Another village/community feeling has started to grow in the area of La Industria. Cooked food is still being delivered daily. Most women would prefer to cook on their own and some have come up with some creative ideas in an area away from the wooden houses, setting up some temporary gas stoves. It is not big enough though for everybody and there is no communal kitchen yet.

The church facilities seem to be a bit of a conflict. The original suggestion was to share one simple room, giving certain hours to different churches but several were not happy at all with this idea.  During our visit we saw a pretty big temporary construction going up, which we first thought was going to be the new communal kitchen area but when asking we were told that this was an evangelical church that was not going to be shared with others.

Courses for different type of activities are being offered, including medical services, and normal life has started to crawl in everywhere.

Most survivors have also received different amounts of money so that they can sustain themselves during this time. This also includes villages not belonging to Zone “Cero”. Some villages also received machetes, tools for working the fields. It is a bit hard trying to keep track of everything as not only the government donates but also many international organizations, private initiatives, NGOs, churches.

The big issue is, of course, the permanent housing situation. Surprisingly, even here it is  a bit difficult trying to find out who is building houses. Of course, there is an official entity, which controls this, but again, small private initiatives often do not report that they are helping generously and suddenly one finds out that a family is on a waiting list for two different areas. Efforts are being made to control this better.

A house model was recently presented by the government two weeks ago and it really looks very nice. A week ago a totally different house was presented on a screen to the people of El Barrio, smaller and of different quality.  Which type of house finally will turn out to be their new home is yet to be seen.  The construction will be divided in four phases, 250 houses in each, 42 -48 square meters, each for 5 people. Supposedly the first construction phase will begin soon.

Due to the terrible tragedy in June, in the last months many visitors have come to remote villages in this previously much neglected area around the volcano and have seen the great need of support, such as water, housing, nutrition ,infrastructure, etc. Suddenly there is more aid available, water pipes are being repaired and others newly installed, support for some schools is supposed to be increased as well as for  small farmers.

During the first week in November the broken water pipes for El Rodeo and Santa Rosa were repaired and replaced and many people from there have now returned from the shelters. La Reyna had access to water all the time. The people from la Trinidad rejected to live in the wooden temporary homes as they want to the government to give them a big farm. They continue to live in shelters.

Just when we thought that life is entering a calmer path the volcano suddenly is acting up again making everybody nervous but that is probably something we have to live with while keeping an attentive eye on Fuego.

On November 19th, the volcano turned so active again that around 4,000 people were evacuated, luckily only for one night but it certainly scared many living so close. Many say that the people living so close to the crater should move away but that is easier said than done as we are talking about ~ 90 000 people, who have their plot of land where to grow their food, have their family roots, their whole life up there. Telling them to move is easy, but where are they supposed to get the money from to purchase land? Leaving everything behind and start all over in a country where it is so hard to find a job is not simple and the parents need to continue to feed their family. 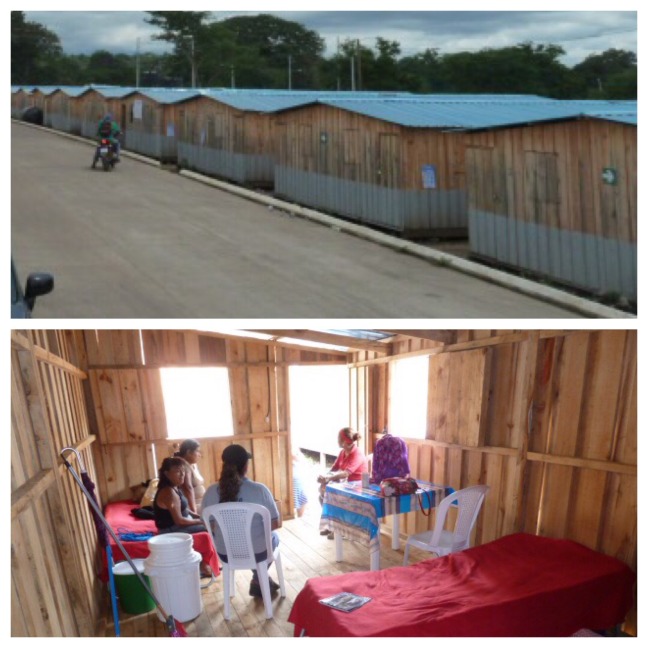